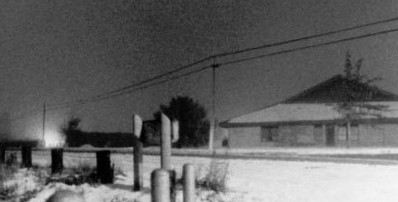 During the public comment section of the hearing, residents got two minutes each to state their case. This was followed by presentations from community representatives and organizations. Worries were varied and voiced passionately. The first speaker noted the “inferno of noise hell” that long-term construction caused for neighboring houses. Overcrowding was a pressing anxiety. Increased housing development is resulting in loss of parks, yard space, parking spots and accessible transportation. The new tall apartment complexes are blocking out light to existing living spaces. Linda Weedman brought to the council members’ attention that Ballard has the lowest police to population ratio.

The consensus in the room was that the process goes too fast. Old, affordable housing is sold to developers and put under construction before tenants have a chance to protest and claim their rights. By the time the issue is brought to public office, the damage has been done. One woman spoke of how housing for low-income elderly was torn down for new development.

Her call to action was; “We don’t need more housing, we need a PAUSE.”

In response, ruckus cheers erupted throughout the room.

Another pressing issue was increasing rent prices and the resulting loss of affordable housing. Low-cost housing is being torn down and replaced with expensive townhouses. Currently, there is no tracking system for humble apartments being “flipped” to luxury units.

The community representatives pointed out that while there is a large amount of housing growth, job growth isn’t matching. One woman talked about how she had to move to Shoreline and commute to work that used to be a bike ride away.

Jonathan Grant from the Tenant’s Union stated that Ballard has seen a 12.3% rent increase.

“We cannot build our way out of this problem,” said Grant.

He continued to explain that ‘affordable’ housing meant that rent and utilities would be no more than 30% of one’s income. The way development is occurring in Ballard, there is currently no way to build enough to make rent affordable for minimum wage workers. The main goals of the Tenant’s Union are to make tenants aware of their rights and spread the word that,

“People are fighting back [against developers], and they are winning,” said Grant.

A renter and a landlord spoke in public comment about rent pricing. The renter claimed that large developers do not have to pay King County property tax for 12 years, causing her prices to be higher, and hurting her local business. The landlord stated that we are in the steepest upward cycle of rent cost since the 1980’s. He worried that long-term, reliable renters and landlords will quit due to fear of oncoming rent control.

The general consensus was that high rent prices and a multitude of new, small luxury apartments would be detrimental to Ballard’s diversity. Allegedly, the “it” neighborhood is becoming an “enclave for the wealthy”. Tess Stelzer from Livable Ballard pressed that new housing was pushing out families and elderly. Her words were passionate and met with applause. Another resident called for a system of design review, where every new complex would include a certain amount of affordable housing.

Many speakers called for preservation actions to protect older infrastructure. The community representatives, Catherine Weatbrook and Linda Weedman spoke about the evolution of a building, its character and how a community adapts to the buildings within it.

“Ballard is losing its soul,” said an architect speaker, referring to the poor, bland design of new residences.

Out of the two and a half hour long forum, the council members spoke for about fifteen minutes total, but what they said is worth noting. Mike O’Brien proposed collaboration between the zoning and development committees to more effectively tackle these issues. Tom Rasmussen mentioned that he had been to a similar forum in Spokane, where it was brought to his attention that Seattle was not the only city facing a housing crisis. It was brought to his attention that there are 400 homeless children in Shelton, Washington due to a lack of affordable housing. He proposed that this might be a state issue, as well as a city issue. Therefore, it may be wise to go to Olympia and access more options and resources to deal with the crisis of affordability.

The chair, Sally Clark, showed interest in the presentation from the Office of Housing by Steve Walker (Director) and Maureen Kostyack. As partners with the Tenant’s Union, the office worked towards preservation and reasonable rent pricing. Walker has been working with the mayor to develop a 5-10 year housing affordability document plan in a mission to end homelessness and make rent more affordable.

The atmosphere of the forum was respectful and ardent. The council members listened intently to each speaker, as the issues with increased housing piled higher. Affordable family housing being “flipped” to luxury residences threatens neighborhood spirit. The residents voiced their desire to protect their vibrant locality in a tone that could not be ignored. The desire to sustain quality of life despite overcrowding and high rent prices was loud and clear.