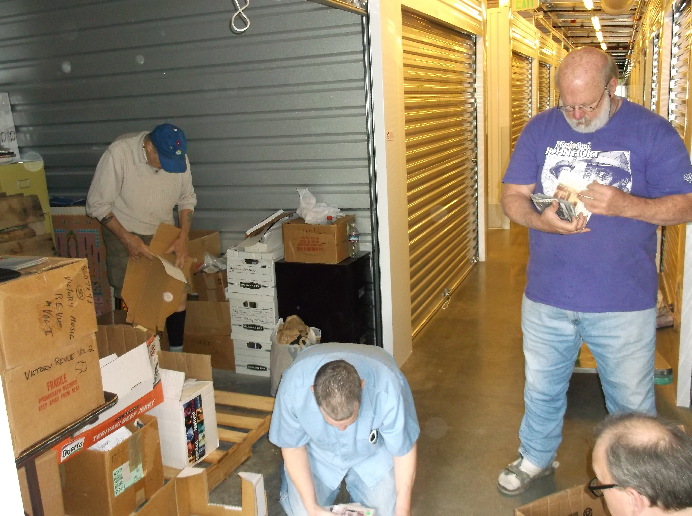 In an effort to preserve the music of the Pacific Northwest and share it with Seattle, a work party ensued last Saturday June 11th at a South Everett storage location for Victory Music. Rex Young, Chuck Hutton and Jerry Russell of KBFG helped sort out old music CDs with President Stanislove and Secretary Malcolm Kennedy of Victory Music.

Having sorted out approximately half of the storage unit’s contents, 179 of those CDs were identified as coming from the Pacific Northwest (the bio-region referred to as “Cascadia”). The music genre appears to be largely folk. Of those 179 CDs, it is estimated about 25% come from Seattle. More details on the music will be coming soon. 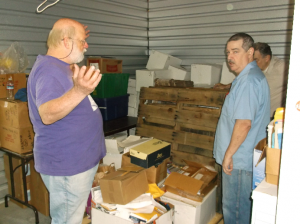 Chuck to Malcolm: “The bit rate will be HUGE.”

The physical CDs will be transferred to History House of Greater Seattle for perpetual safe keeping soon, at a date to be determined. Another such work party shall be planned soon for a Saturday in July, when sorting the remainder of the Victory Music treasure trove is expected to be completed. Workers anticipate finding a large collection of Blues in the remaining music.

This music, along with other such local content as The Seat Fillers and Sandbox Radio, should ensure KBFG easily meets its minimum daily focus on Seattle content. More content is in the pipeline, however. All will be revealed.