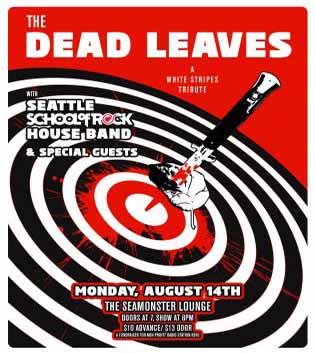 We are sorry to say that you might have missed it, but on Monday, August 14th at The Seamonster Lounge in Wallingford we held a benefit for KBFG! A local Seattle band called The Dead Leaves played a White Stripes tribute show to celebrate the 20th anniversary of the first ever show by the White Stripes. The Seattle School of Rock House Band opened the show.

It was a great night of Rock and Roll, prizes to win by sponsors like American Music, and we had our biggest fundraising event to date! Thank you to everyone involved, including our hard working KBFG volunteers! 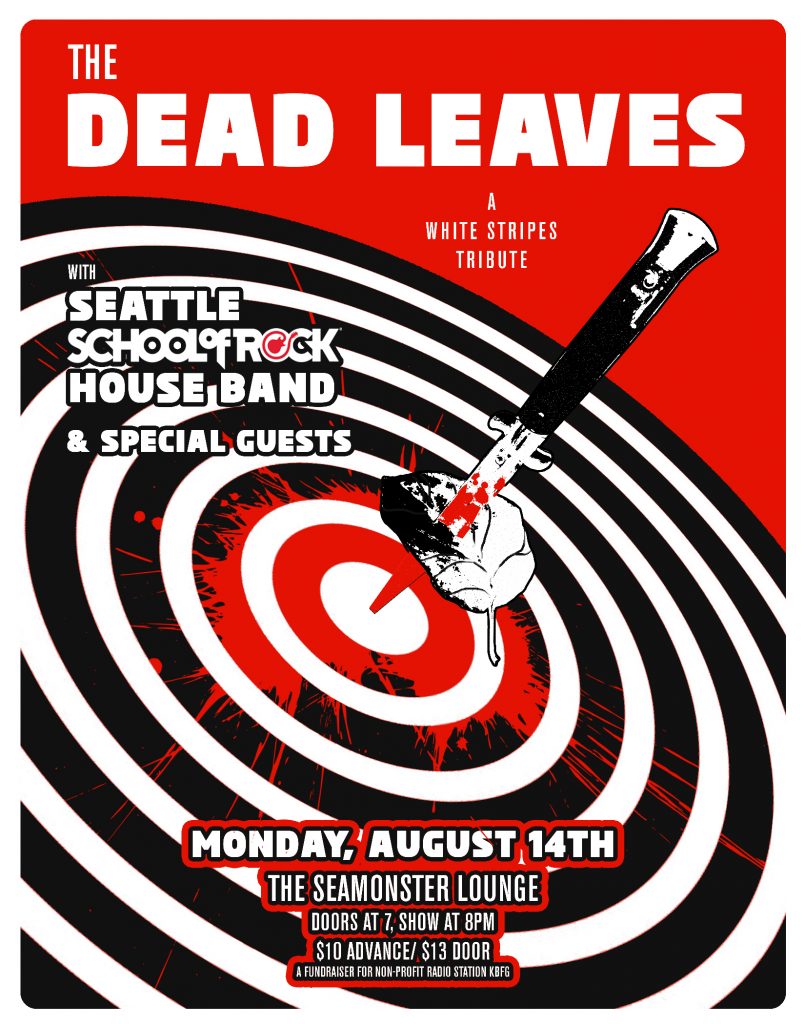